You can grab my first SciFi book series, Upside Down, on Amazon: Tilt, Turn Tilt

What is a true general artificial intelligence? The answer may surprise you. Ayaka and Millicent are researchers on the planet Tilt. They have developed what they believe to be the first general artificial intelligence beings. However, they’re not sure. These beings are so strange, so different, that it's difficult to understand them, let alone test them for intelligence. Certainly, the new beings don’t match the traditional definition. Everything about them is different and counter intuitive. So, when ships arrive at Tilt operated by more of these beings, the citizens of Tilt are confused and bewildered. How could intelligences that they created have ended up in outer space utilizing long distance spacecraft? Nevertheless, they seem harmless and very fragile. So it's a surprise when they attack. Thus begin the Upside-Down wars. 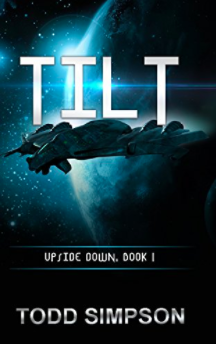 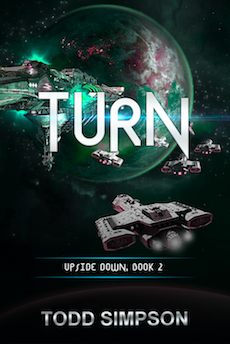 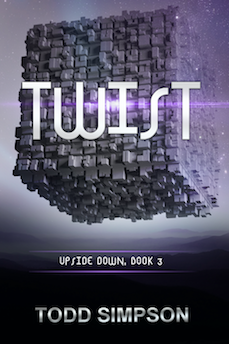 Amazon.com Reviews - "Destined to be the next monumental SiFi epic saga everyone will want to read!"

A fresh take on classic sci-fi, Tilt explores themes of morality and loyalty against a backdrop of a highly advanced society overseen by an entity known as Central. The protagonist, Ayaka, and her friends are scientists probing into both the potential intelligence of the lab-grown beings they are raising, and the possibility that Central might not be entirely trustworthy.

The characters keep up a fun, enjoyable dialogue as they investigate the increasing number of mysteries cropping up around the planet Tilt, and the plot moves along quickly with plenty of twists and turns - don't plan on putting it down once you get into the second half! I enjoyed this debut novel and look forward to the next in the series.

Loved it. It is rare for me to find a book that is entertaining and makes me think at the same time. Looking forward to the next book.

I enjoy books that surprise me. This one did not just once but three times. The first surprise crept up from no where and made me rethink the entire story I had been reading up to that point; I wondered how I could have missed something so obvious. It was good writing. The next 2 surprises were much more abrupt as a single line gave the story a new context. Very enjoyable.

While I prefer stories that can be wrapped up in a single book this one ends at a logical place and has me looking forward to part 2. I'm still not sure whom I will be rooting for and hope the final chapters keep on surprising.

Tilt -- an exciting ride with surprises and unexpected twists all the way through. This is one of the best SiFi novels I've read since I was a kid. It took me several chapters to catch the "aha" of the genius twist in the story. The ending left me (virtually) spinning in the breeze, very anxious for the next installment of this story. This series is destined to be the next monumental epic saga everyone will want to read. Bring on the next update!